In parliament week, Y3 had fun debating whether computer games were good for them.  First they generated ideas by writing one idea on a piece of paper.  Then they screwed it up and threw snowballs around the room.  They picked a different one up, read it, then wrote another idea.  Once they had 4 ideas on each piece of paper they shared and discussed them.  We were very impressed with the balanced argument they put forward.  At the end they voted for or against.  The majority of people said that they were good for you, as long as you don’t play them all of the time.  Very impressive Year 3! 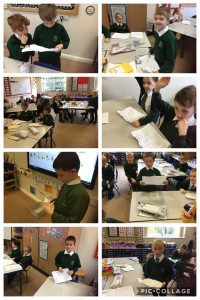 Y3 have been classifying objects into transparent, translucent and opaque by shining a torch at them and looking at the shadow.  Transparent objects cast no shadow, translucent cast a light shadow and opaque cast a dark shadow.  We can neither confirm or deny that we may have had fun making shadows with the torches too, it was far too dark to tell! 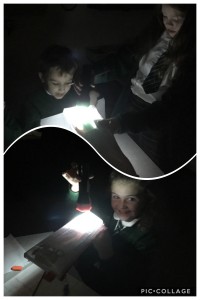 Y3 have been learning how to program in Scratch.  They had to create their own knock knock joke between two sprites.  Some of them were pretty funny!  Scratch can be downloaded for free at scratch.mit.edu. 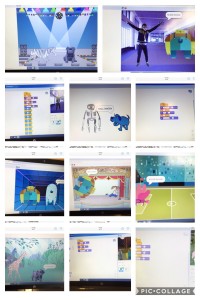 We have been researching festivals of light in our RE lessons.  During the Hindu festival of Diwali, we moulded and painted diva lamps.  These represent the triumph of good over evil and are symbolic in the story of Rama and Sita as they are used to light their way back home.

Y3 have used the pointillism technique to create their own colourful fish on pebbles.  We are going to hide them in our wildlife area.  Why not visit and see how many you can find! 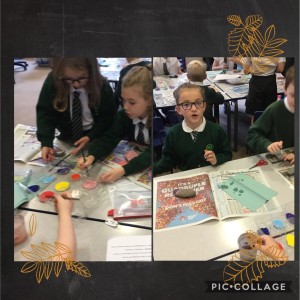 Y3 have been mastering a new written method for calculating additions.  They have worked very hard and I am so proud of them! 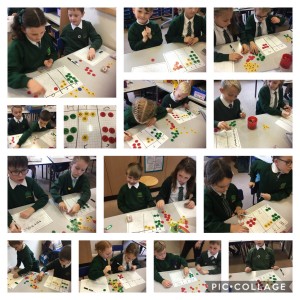 The children were set a challenge to move a ping pong ball from one end of the pipe to the other without touching it.  They had to use what they had learnt about magnets to do this.  Some groups attached a magnetic material to the ping pong ball, others used the repelling action of the same poles being together to move it.  Very impressive Year 3! 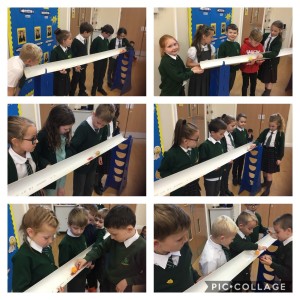 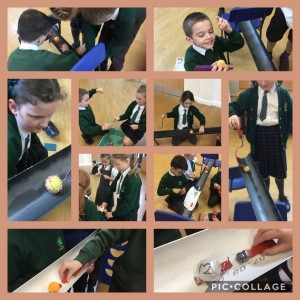 In Y3 we have been investigating which materials are magnetic.  We found out that some metals are but all non-metals are not. 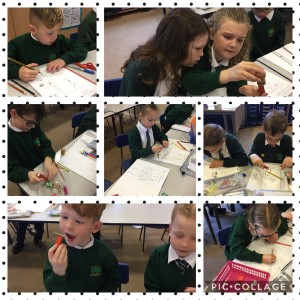 We have been measuring the amount of force needed to move an object on a variety of surfaces.  We found out that it is different because of friction. 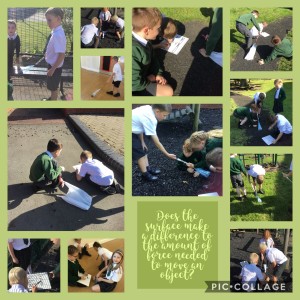 We have been creating our own algorithms using Scratch and debugging them if they didn’t do what we expected them to.  This cane downloaded for free at scratch.mit.edu. 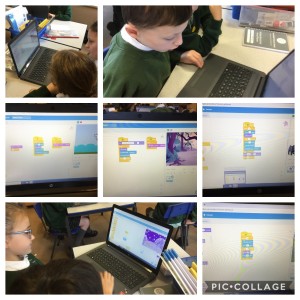 Welcome to Year 3 at Woodfield Primary